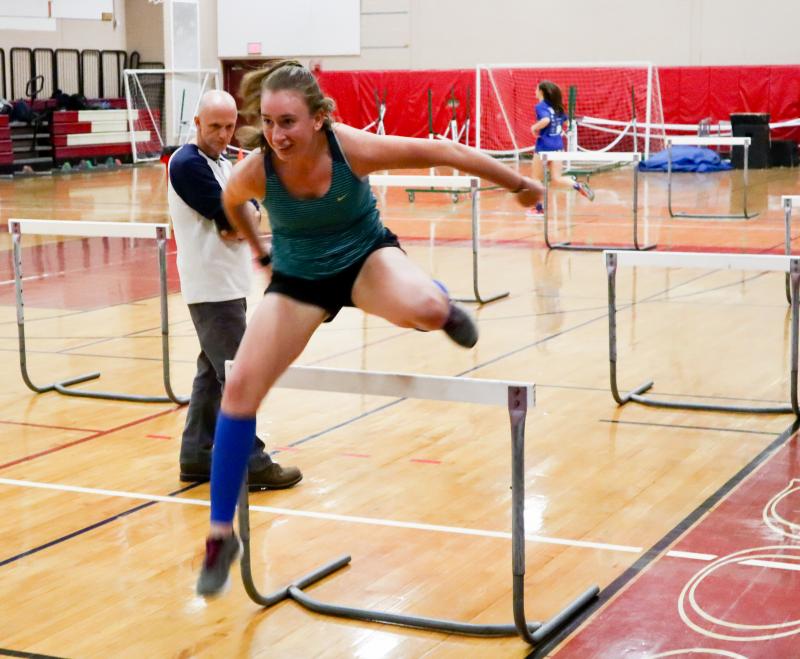 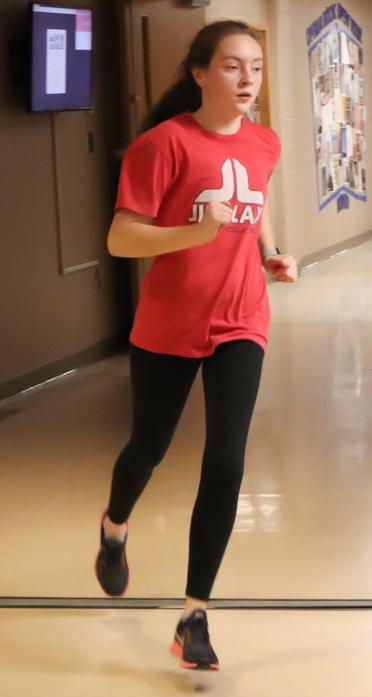 Cameran Weaver runs through the hall. 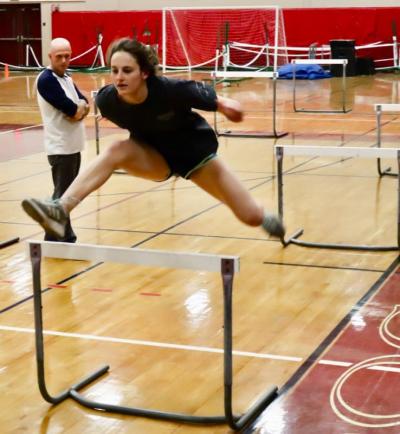 Jennifer Williams leaps over a hurdle. 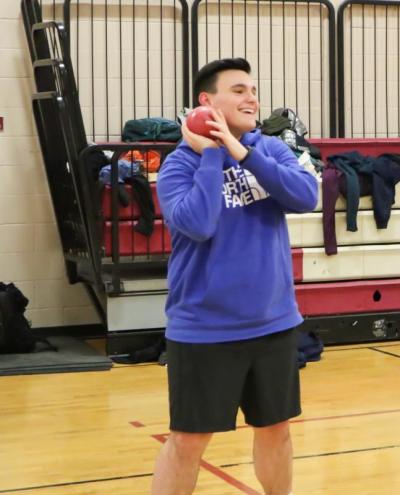 Aaron Pereira gets ready to hurl a shot put. 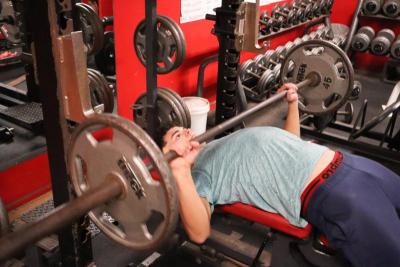 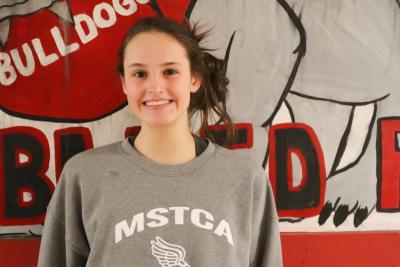 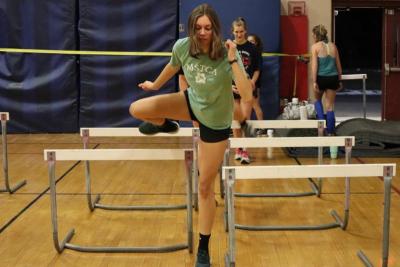 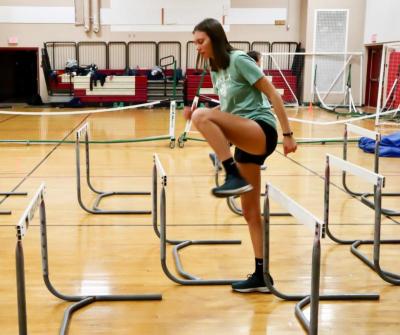 Rebecca Milde during warmups for a hurdle practice.

Though the Old Rochester Regional boys and girls track team both had a lot of new runners, and called this year a “wait and see year,” since then sophomores have stepped up, propelling the team to success.

“Usually sophomore year their nerves can get the best of them,” said coach Bill Tilden, but he added that some of his athletes are, “acting like senior veterans already.”

Some of the notable athletes that Tilden mentioned were Cameron Weaver for the 600 and 1,000 meter races, Maria Psichopaidas, a sprinter, Maya Braga, who runs the 2 mile, Jen Williams, Leo Schiappa, Tyler Trudeau, John Kassabian and Colby Gross.

Tilden realized right away that some of his athletes on the boys side were fast. But at the same time “you hate to put pressure on them right away. Like, ‘we’re going to need you for the 50.”

Still, many of the key athletes are already scoring in the varsity range.

Speaking with Sippican Week a few weeks ago, Tilden named New Bedford Vocational Technical School and Dighton-Rehoboth as some of the strongest opponents in the league.

At a meet on Jan. 15, both the boys and girls teams did exceptionally well against New Bedford.  The boys ended up tying 43-43, while Tilden said the “girls won big.”

While he’s reluctant to jinx it by seeming too confident, Tilden said that the strong showing likely means that the team will at the very least do better in the division than he thought.

Willams had a particularly noteworthy meet against New Bedford, as she jumped 5’5” on high jump, setting a new personal record and breaking the school record of 5’4”.

“That is higher than anyone has ever jumped, indoors or out for Old Rochester,” Tilden said.

Williams said the key to a good high jump is in driving straight up, and then bending back over the bar, rather than “shooting straight over” it.

She also attributed her success to the guidance of coaches Sean Medeiros, and Meredith Mattson-Days.

Visit www.sippican.theweektoday.com for all your local stories in the tri-town.

BOLD Real Estate is your local tri-town realtors.  We are your community experts in your BOLDTown. Visit www.boldrealestate.com or call 508-999-9800